Quickstep is a faster version of the Two-step and first appeared in the United Kingdom and New York in World War I. It is a combination of Charleston and Foxtrot. The Charleston played a large part in influencing the Quickstep as it became one of the most popular dances of its time. The kicks were taken out of the Charleston moves to make the Quickstep. This dance is very popular in Europe and it is one of the top 5 ballroom dances. The others are the Waltz, Viennese Waltz, Tango and the slow Foxtrot. It is a more elegant version of the Foxtrot and is the light-hearted formal dance in international competition. It came about as the bands played a faster Foxtrot and is now here to stay. 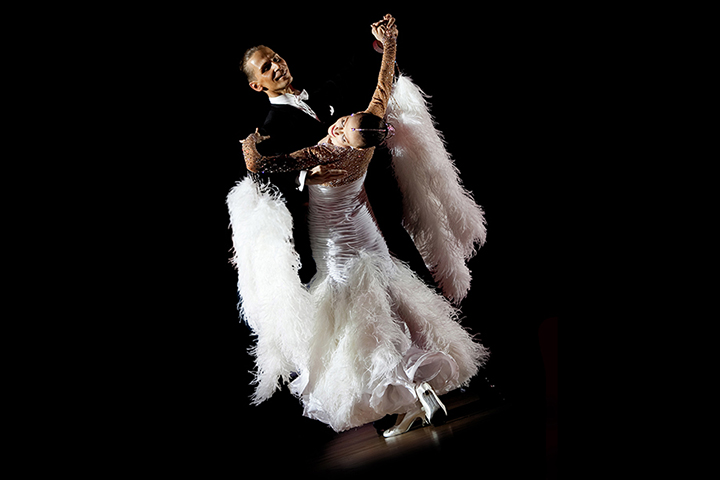 What is the Quickstep?

The version was standardised around the world in 1927 and includes chasses, syncopated steps, quarter turns and lock steps. The dance should be done as being light on your feet and floating across the dance floor. The dance now includes many hops, runs and very fast steps across the floor in complex combinations and sequences.

The dance moves around the floor in anti-clockwise direction and you can have some fun with this dance. There is no need to look so serious dancing the quickstep.

The Quickstep has many dance steps that need to be mastered and these include:

The dance is usually done to swing or jazz sounds with a fast beat that will move you around the floor quickly.