The history of the Waltz dates back to the 16th century where there are references in literature to a gliding or sliding dance. Montaigne, a French philosopher saw a dance in Augsburg where the two dancers were very close together with their faces touching.

Around the 1750’s a peasant dance in Bavaria, called the Walzer was danced in ¾ time as well as the Landler in Bohemia and Austria. The aristocracy were dancing the Minuet but the locals danced this Waltz.

The dance we now know as the waltz became popular in towns like Vienna in the 1780’s and was seen in an opera called “Una Cosa Rara” that was written by a Martin y Soler. The dance was to be done “at a walking pace with motion”. The dance was deemed to be ‘shocking’ but soon became very popular and spread throughout Europe where it became fashionable in the Regency Period of Britain.

It is traditionally the first dance of a married couple at their wedding but nowadays the couples are choosing their own style. 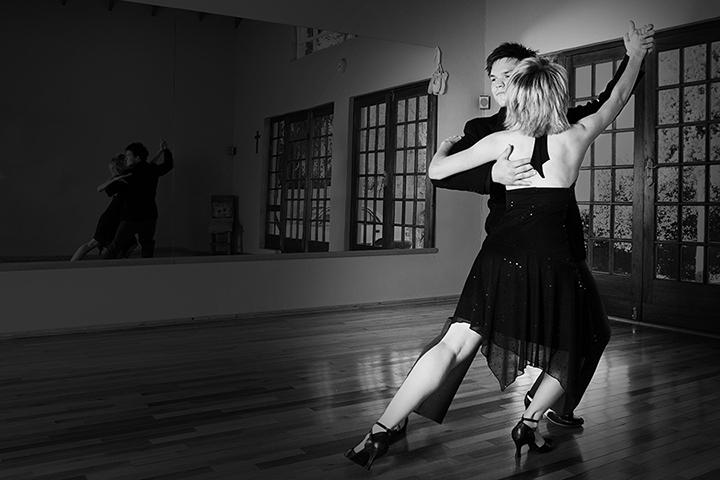 This dance is a romantic and flowing dance that travels around the dance floor gracefully. There are many styles but the most common are the Viennese, Ballroom and Country dance styles. The Viennese is a fast paced dance with constant twirling and movement across the floor. The Ballroom and country are easier to learn and should be mastered before venturing in the Viennese style.

The count for a waltz is one-two-three and the one is emphasised. The Ballroom Waltz has two styles, the International that is danced left-right-left and the American that is danced right-left-right. The dance is continuous with a long flowing movement and effortless turns.

The classic stance of the waltz sees a man place his right hand on the lady’s shoulder and her left hand is on his upper arm or shoulder. The man leads the dance and the woman follows and all movements should be fluid and not stilted.

Dance moves for the waltz are many and varied and they include:

This is the traditional form of the waltz and is faster than a slow waltz. A slow waltz has 90 beats per minute and the Viennese has 180 beats per minute. The dance really only has change steps and turns but other steps have been incorporated.

Many of the dance moves used in the Waltz are also used in this dance but there are others that include: